AEI’s Audit Committee was established to assist the BoC in carrying out their supervision duties, to provide advice on the implementation of internal controls and corporate audits, and to ensure the proper management of the company in accordance with GCG principles and the OJK Regulation No. 55/POJK.04/2015 concerning the Establishment and Job Guidelines of Audit Committee. The activities of Audit Committee must be reported to the BoC and included in the annual report.

AEI’s Audit Committee consists of three members: one independent commissioner, acting as the Chairman, and two experts, each for the area of accounting and law. Based on the meetings during 2021, the Audit Committee concluded that:

The roles carried out regarding nomination:

The roles carried out regarding remuneration:

During 2021, discussions regarding nomination and remuneration were held 6 (six) times and included in BoC meetings.

For the full Guideline of Nomination and Renumeration Function, please click here .

Supporting organ of board of directors

As publicly listed company, AEI is obliged to appoint a corporate secretary in accordance with OJK Regulation No. 35/POJK.04/2014. Corporate secretary serves as a liaison between company and the stakeholders and takes a strategic role to ensure that the company complies with the capital market rules and regulations. 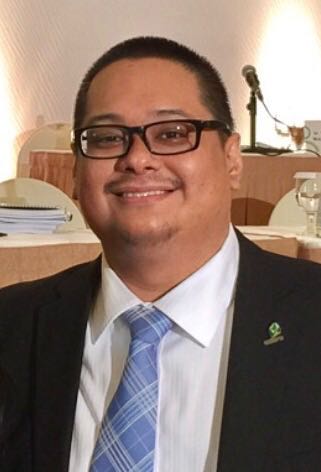 The Corporate Secretary activities in 2021 consisted of:

In 2021, Corporate Secretary Department achieved 100% compliance to the capital market rules and regulations. There were no fines and/or penalties have been imposed to the company during 2021.

To ensure the company’s messaging and performance are well-communicated, Investor Relations release several reports, such as the quarterly press releases, financial statements, financial press releases, and disclosure reports. Investor relations also communicate through several events, such as investor presentations, the public exposes, and the regular meetings with analysts and investors. As at the end of 2021, AEI was covered by 30 analysts who issued reports on AEI’s operational and financial analyses, as well as on the coal market as a whole. The Investor Relations’ team attended 25 conferences and conference calls with a total of 131 meetings attended which was mostly held virtually during the year.

As the third line in risk management, the Internal Audit Function’s role is to provide an objective and independent assurance and consultancy services for PT Adaro Energy Indonesia Tbk and its subsidiaries in the areas of governance, risk management and control, to add value and improve the company’s operations.

To provide optimum benefits with the available resources, the Internal Audit Function selects objects to be included in an annual audit plan based on risk priorities by considering the risk profile of all strategic business units. Before it is finalized, the annual audit plan is presented to the Board of Directors and Audit Committee to ensure that the plan is aligned with the company’s strategy and has addressed their concerns.

In 2021, there were 555 audit objects in audit universe and the Internal Audit Function completed a total of nine audit and consulting reports with more comprehensive audit coverage. The Company’s audit covered four of the 41 strategic business units of Adaro and five of 29 risk types.

The recommendations will only provide value if implemented; therefore, the implementation is monitored and reported to the Board of Directors and the Audit Committee periodically. The number of corrective actions implemented by the management is one of the Internal Audit Function’s key performance indicators (KPIs).

The Internal Audit Function rates the adequacy of controls implemented by management to mitigate risks and shows the rating in each audit report submitted to the Board of Directors, Board of Commissioners the Audit Committee and related management personnel. Based on the review on the three lines of risk management, it can be concluded that the internal control system across the Adaro Group had been running as intended with some opportunities for continuous improvements.

To facilitate its activity, the Internal Audit function has been using information technology as needed, such as for working papers, internal audit portal for knowledge management, timesheets, corrective actions data base, and data analytics tools software.

The internal audit team consists of internal auditors with a variety and complementary range of educational backgrounds (such as accounting, information technology, and industrial engineering), skills, and work experiences.

The function is led by Mahardika Putranto, who is also the Corporate Secretary. He reports directly to the President Director. Mahardika was appointed in December 2019, and his appointment has been reported through an official letter to OJK and copied to the Board of Commissioners and Board of Directors of PT Adaro Energy Indonesia Tbk.

To fulfil the accountability aspect, the Internal Audit Function conducted periodic meetings in 2021 with the BoD (three times) and the Audit Committee (three times) with following agenda: