The BoD is the company’s organ which is fully responsible for managing the company collectively according to its vision and mission. Every member of the BoD shall perform their decision-making duty and day-to-day activities based on the segregation of duties and responsibilities. In addition, the BoD also required to ensure the effectiveness of the GCG implementations in the company.

Considering its important role in leading and managing the company, AEI’s BoD formulated the BoD Charter based on the prevailing laws and regulations and the Articles of Association. This charter serves as the guidance for the BoD members in carrying out their duties in an efficient, transparent, and competent manner.

AEI’s BoD Charter has been effective since 2015 and it is reviewed periodically based on GCG principles, capital market rules and regulations, and other applicable provisions. The BoD Charter governs matters concerning the BoD members’ objectives, duties and responsibilities, authorities, term of office, delegation of authority, BoD meetings, and relationship with the BoC. The BoD Charter was last updated in June 2019.

AEI’s BoD consists of five members. The number of BoD members is determined by taking into account the company’s condition and members’ decision-making effectiveness. BoD members are appointed by considering their expertise, integrity, leadership, experience, honesty, good conduct, as well as the dedication to promote and develop the company. Moreover, AEI also have a Chief Financial Officer who is responsible for the planning and monitoring of the company’s financial condition.

The members of the Board of Directors may hold multiple positions provided that it is not in violation of the OJK Regulation No. 33/POJK.04/2014 and the BoD Charter. As at the end of 2020, none of AEI’s BoD members served as a director for more than two publicly listed companies and/ or as commissioners for more than three other publicly listed companies, including AEI, to fulfil the provisions as stipulated in the applicable laws and regulations.

At AGMS, all BoD members were reappointed for the term until the closing of the AGMS in 2026. The reappointment has taken into account the recommendations from the Nomination and Remuneration Committee, whose function is carried out by the company’s BoC.

In EGMS 2022 held online on February 9, 2022, the shareholders approved the appointment of Michael William P. Soeryadjaya to be a director of the Company with the term of office since the closure of the EGMS until the the closing of the AGMS in 2026.

Duties, responsibilities and authorities of the BoD

Every member of the BoD must comply with all provisions and carry out their duties under good faith and responsibility according to the provisions of the Articles of Association, the applicable laws and regulations, and the BoD Charter, and must always place the company’s interest above other interests. The BoD is also required to monitor the effectiveness of the implementation of GCG principles by the company and makes necessary adjustments on such.

The duties and responsibilities of each BoD members are determined jointly by all BoD members, which consist of a process to review, monitor, and oversee the implementation of corporate strategies, internal control, organizational development, human resources, and risk management. In performing its duties, the BoD is supervised and advised by the BoC. Certain policies require approval from the BoC or the GMS.

Throughout 2021, the BoD performed their duties and responsibilities in accordance with the BoD Charter. The BoD made a number of strategic decisions and took the required actions.

The duty of the President Director is coordinating all of the Board of Directors’ activities. He/she is responsible for leading, directing, and controlling the implementation of all company’s policies and activities. Another key part is to act as a representative of the company in interacting with the stakeholders and ensure the good trust and mutually beneficial relations with them. The President Director must also ensure the availability of data and information for reporting in accordance with the applicable policies and the Articles of Association.

The Deputy CEO is responsible for ensuring that the company has effective internal organizations, efficient work systems that produce superior outputs, and sustainable markets.

The Director & Chief Operating Officer (COO) is responsible for coordinating all production activities, ensuring that they are implemented efficiently and effectively. The COO also coordinates the development of new mines and coal reserves and resources.

The Director & Chief Legal Officer (CLO) is responsible for overseeing all legal matters for the company and serves as the primary legal advisor to the CEO. The CLO is also responsible for ensuring that all of the company’s activities comply with the applicable laws and regulations.

The Director & Chief HRGA-IT is responsible for planning, developing, and executing the policies and strategies in the human resources field. The Chief HRGA-IT also cultivates a corporate culture based on the company’s value of integrity, meritocracy, openness, respect, and excellence.

The Chief Financial Officer (CFO) is responsible for the planning and monitoring of the company’s financial condition. The CFO collaborates with other directors in preparing the financial reports and work planning & budgeting of the company based on the condition. The CFO also coordinates activities related to independent auditors, tax auditors and government auditors. Externally, the CFO oversees and handles issues related to capital market regulations.

As stipulated in AEI’s Articles of Association, OJK Regulation No. 33, and the BoD Charter, the BoD holds meetings at least once a month. The BoD is also required to have periodic meetings with the BoC at least once in four months.

The BoD meetings for the year are scheduled at the beginning of the year. The materials of the scheduled meetings are distributed before the date of the meeting. Any member of the BoD who is unable to attend the meeting can only be represented by one BoD member.

The BoD meetings are held to discuss the company’s operational and f inancial performance, coal market conditions, project progress and other issues that require attention and decision making.

The BoD also held 6 official meetings with the BoC:

Change to the Board of Directors Composition

Based on the EGMS convened on 9th February 2022 in Jakarta, as stated in Deed No. 15 dated 15 February 2022 which had received the notification receipt from the Minister of Law and Human Rights of the Republic of Indonesia with the Letter No.AHU-AH.01.03-0101648 dated 15 February 2022, the Board of Directors appointed Michael W. P. Soeryadjaya as Director PT Adaro Energy Indonesia Tbk. As a result, the composition of the Board of Directors as at 9th February 2022 consisted of one President Director & Chief Executive Officer, one Vice President Director & Deputy Chief Executive Officer, and four Directors. 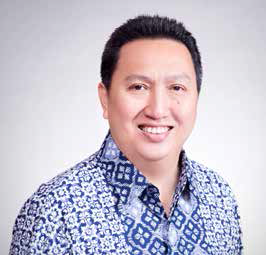 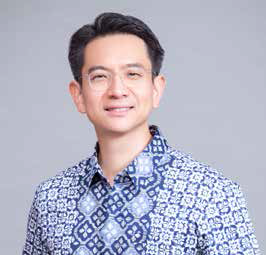 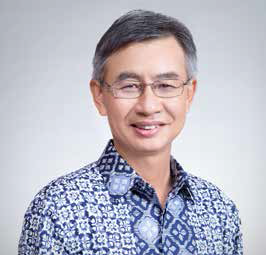 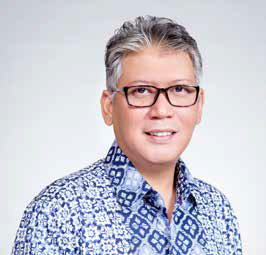 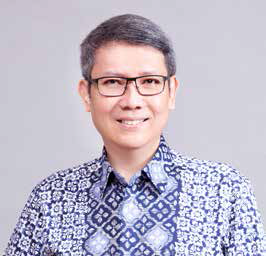 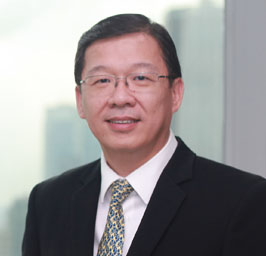 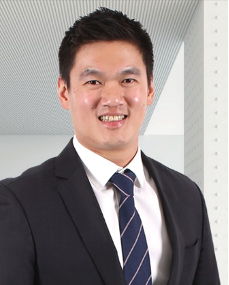