On 16t July 2008, 31,985,962,000 shares in AE were publicly listed in the Indonesian Stock Exchange (IDX) (ticker code: ADRO). Thirty five percent of those (11,139,331,000 shares) were marketed in an Initial Public Offering (IPO). The IPO raised Rp12.2 trillion, the largest IPO in the history of the IDX until now. The net proceeds from the IPO were entirely spent as of 29 May 2009 and this was reported to the shareholders during the AGMS on 3 June 2009. Please click here for the Company's prospectus.

The global economic condition in 2019 was generally affected by the ongoing trade war between US and China. A number of countries, including Indonesia, had their economic growth adversely impacted by this geopolitical issue for most of the midyear, however, the market received positive sentiments when the conflict simmered towards the end of the year.

In Indonesia particularly, 2019 was “a political year” as the nations for the first time held the presidential election simultaneously with the legislative elections on April 17, 2019. Many considered the 2019 presidential election a rematch of the 2014 encounter, as it was a race between the same two candidates, the incumbent Joko Widodo and the challenger Prabowo Subianto. Indonesian stock market was heavily affected by the uncertainty surrounding the heated political situation, because majority of the market participants chose a “wait and see” position during the election period.

Along 2019, ADRO was heavily affected by the subdued global thermal coal market. At the beginning of the year, ADRO opened at Rp1,225, before hitting a record low on August 15 at Rp1,010 as the pressure in the global thermal coal market kept pushing coal prices down. Towards the second half of the year, ADRO rebounded and gradually climbed to peak at Rp1,715 on December 16. ADRO closed at Rp1,555 at the year-end, or 27% higher than the opening price at the beginning of the year. ADRO’s total trading volume was 49.3 million shares, a 188.4% increase year-over-year.

In 2019, a BoC member of AE, Arini Saraswaty Subianto, increased her ownership in AE to 79,893,250 shares or 0.25% of the total outstanding shares by way of share purchase. This transaction had been reported to the regulators in accordance with the applicable rules and regulations.

The Bond is guaranteed by AE and has been listed on the Singapore Exchange Securities Trading Limited (SGX-ST) on November 1, 2019. 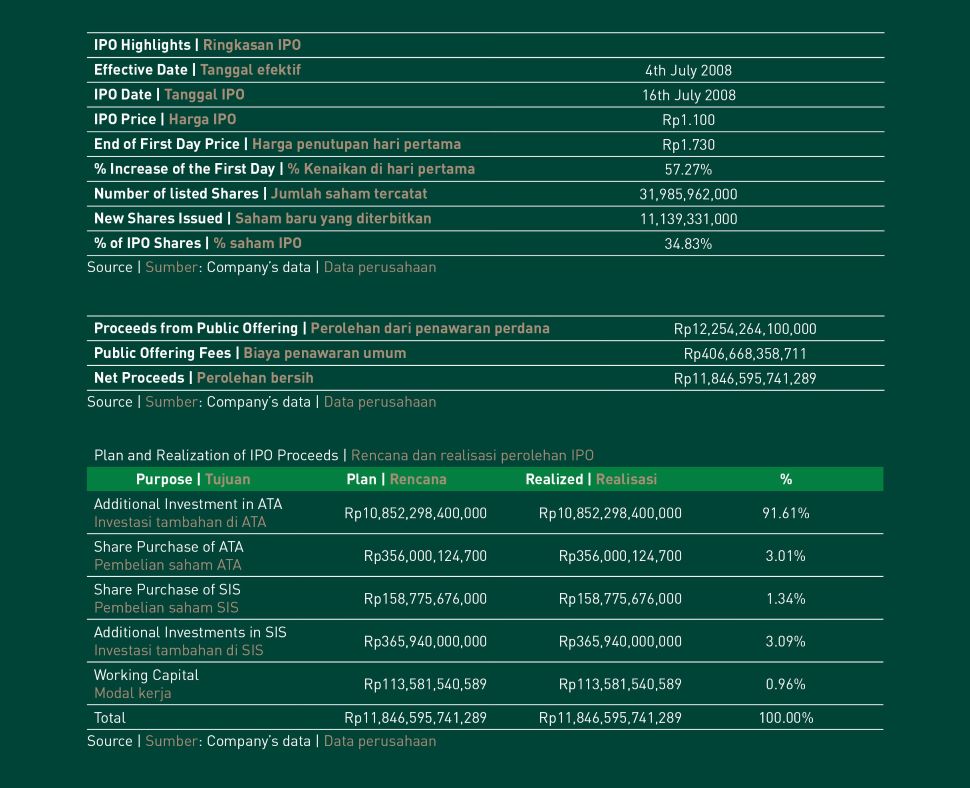 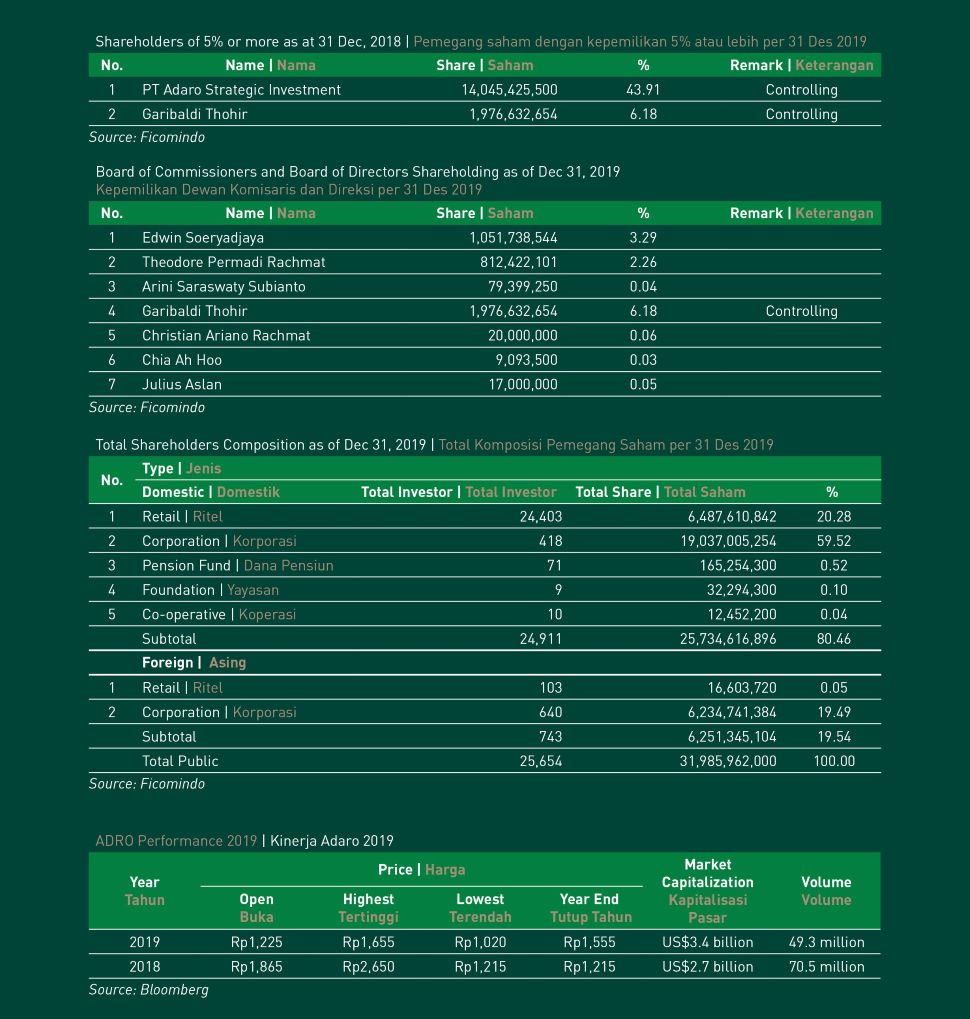